Why bother? (Gardening for Wildlife that is)

We all know that as well as climate change threatening our environment we are losing many species in the UK due to factors such as habitat destruction …. and our methods of farming. Conservation isn’t just about flashy and rare species like the golden eagle or the lady’s slipper orchid – we need to look after the myriad species that make up everyday food webs and keep our ecosystems resilient. Some of the species in decline are actually those that should thrive in gardens, like sparrows, which have declined 60% in urban settings since the mid-1970s and are now red-listed as a species of high conservation concern. 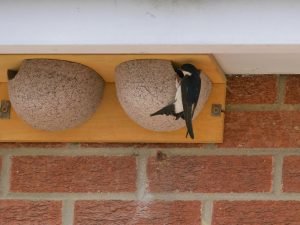 Yes, but let’s just let gardens be gardens and concentrate on nature reserves for conserving wildlife.

Gardens make up 4% of the land area in the UK. That’s 4,330 km2, a bit more than a fifth the area of Wales. For England, the garden area is more than four and a half times the area occupied by National Nature Reserves. Gardens are in effect mini nature reserves. Our evidence for this comes from the epic work of a gardener and zoologist called Jennifer Owen, who recorded as many of the plants and animals that she could in her very neat, medium sized suburban garden in Sheffield every year over 30 years starting in 1958. She didn’t try to be an obsessive wildlife gardener, she just avoided too much pruning, clearing, and any pesticides and kept every inch covered with plants. She recorded 474 plant species, 1997 insects, 138 other invertebrates (e.g. spiders, woodlice, slugs) and 64 vertebrate species (54 of them birds). This didn’t even cover many of the insect groups. So you could probably find the same number of species in your garden if you spent 30 years on it!

Me doing something for wildlife in my small garden is not really going to make a difference is it?

It’s like the boy throwing starfishes back into the sea – it makes a difference for the Blue Tits in your nest-box, the House Martins under the eaves, the hedgehog foraging in your garden, and the bees feeding at the flowers. According to Jane Memmott, Professor of Ecology at the University of Bristol, there are more bee species in cities than in the surrounding countryside! The UK’s gardens account for more land than all our nature reserves combined, and are better for wildlife than parks (they cut the grass too much!). What you do makes a difference. And if your neighbours do something too, and their neighbours…  it is worth bothering. 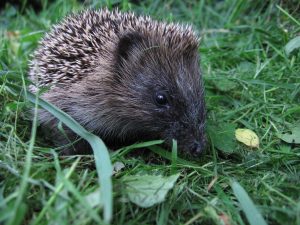 By Ann Stuart and David Chandler